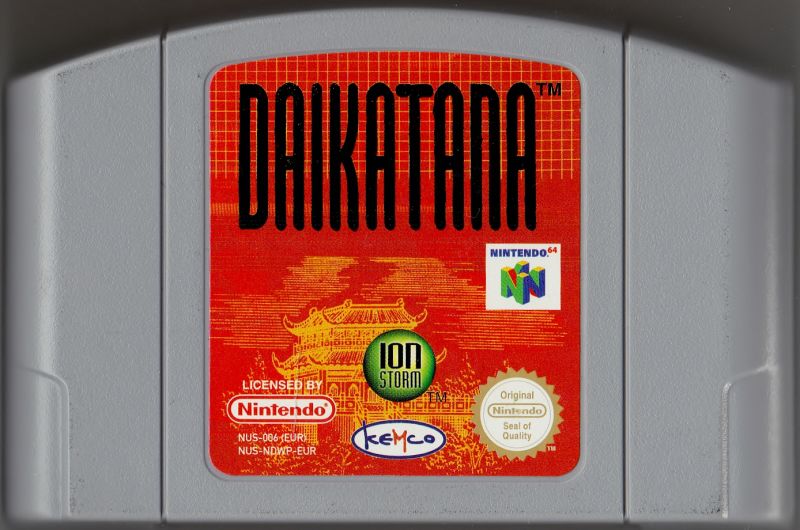 No matter how casual of a gamer you are, odds are that you've probably at the very least heard of Daikatana. Most likely you've heard quite a lot about it. Ever since it's announcement over two years ago, Daikatana has held a rather prominent position in the gaming media, including some rather unfortunate advertising campaigns and delays to the game's completion. This was further compounded by the release of a single-player demo a couple months ago, which was met with heavy criticism from media and gamers alike.

A great deal of that same criticism has been directed at the final product, and at first glance it's difficult to tell whether it is deserved or if it's a matter of people not willing to give the game a second try. We decided to give the game it's day in court, and I can tell you, that despite its reputation, the game is actually quite fun to play.

The story of Daikatana spans four very different settings and time periods. The game starts out in futuristic 2455 Japan, where the Mishima family rules over the world with an iron grip. Hiro Miyamoto, your character, leads a simple life as the sensei of a sword-fighting school. One night while practicing katas at the dojo, Hiro is visited by an unusual stranger who tells him a story about a history he doesn't remember.

The stranger tells Hiro that many generations ago, an ancestor of his was contracted to forge the mighty Daikatana sword for the Mishima clan. Upon completing the sword, he realized that the sword had mystical properties that would make the individual who wielded it too powerful, so he attempted to destroy the sword by throwing it into an active volcano. Many years later, the Mishima family used its resources to retrieve the sword from the now-dormant volcano, and used its powers to alter history, securing its position as the most powerful clan on Earth.

Skeptical about the story, Hiro was having a hard time believing everything that he had known his whole life was an altered future, and that the world was not the way it was supposed to be. Before he had time to truly consider the implications of the tale, a group of ninjas attacked and mortally wounded the stranger. With his dying breath, he asked Hiro to reclaim his heritage, and the Daikatana, so that he could fix all of the changes made in the past. Hiro's journey eventually leads him to ancient 1200 BC Greece, Norway in 560, and 2030 San Francisco.

Daikatana uses an enhanced version of the Quake 2 engine. While the visuals definitely surpass Quake 2's, they still do not come close to the crisp graphics that we've seen in Quake 3: Arena or Unreal Tournament. Some of the enhancements to the engine include the use of many more colors, and the addition of new environmental effects such as rain and snow.

Models and textures in the game look excellent, having a great level of detail considering the polygonal limitations of the Quake 2 engine. The enemies you'll face in Daikatana are among some of the most interesting creature designs I've ever seen. For the most part, the levels themselves do not look quite as good as the models though, as low polygon restrictions rear their ugly heads. Some of the texturing is extremely impressive in the Greece episode, however, and does a great job of creating a believable setting.

The majority of the sounds in the game are great. The voice acting for the major characters is very believable, but some of the minor characters have rather hokey Japanese accents. The sound effects for the monsters are very distinct, and it's easy to tell what you're going up against from the sound. The only sounds that bothered me were the sound of elevators running. It's a repeating mechanical sound that sounds like it doesn't loop quite right. The chatting of the guards can get repetitive as well.